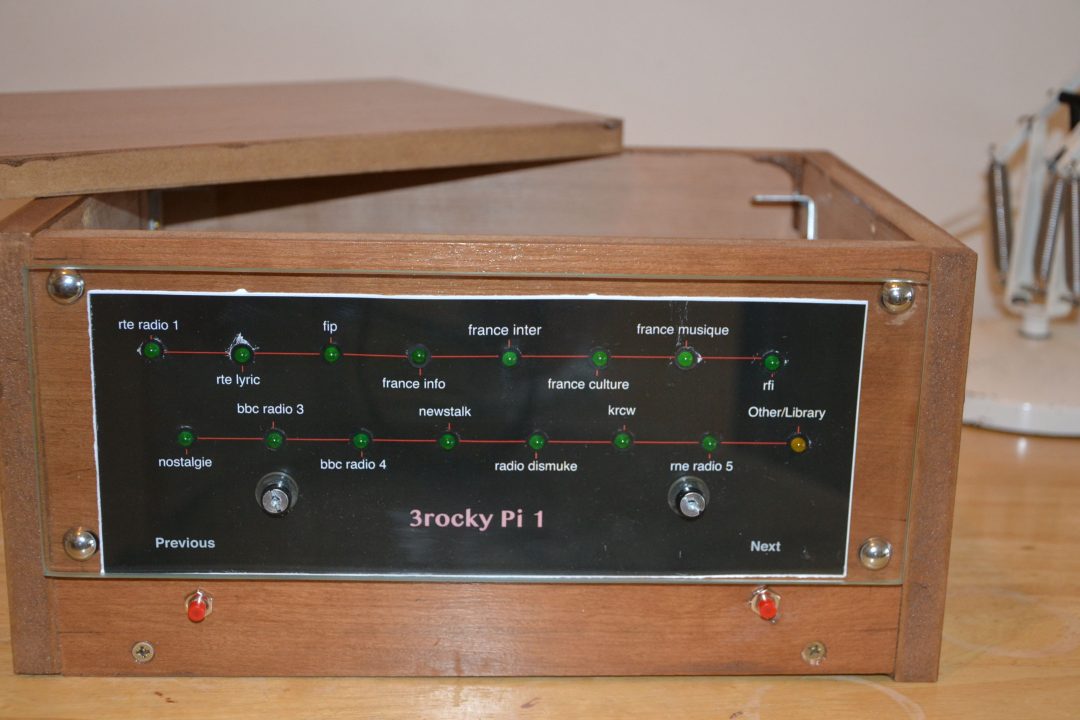 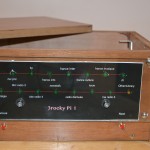 The idea was to create an internet/WiFi radio with the following objectives:

The ability to control the radio via any smartphone and the possibility to play music from a music library (mp3 or indeed any other encoding) was also a requirement.  After 4 months of soldering, coding, “woodworking” and changing plans – the radio now looks relatively innocuous in the living room. No wires are protruding, no random volume increases or mysterious unrequested changes of channel are occurring. The radio does however briefly fade out to play some random piece of movie dialogue – but that is entirely intentional.