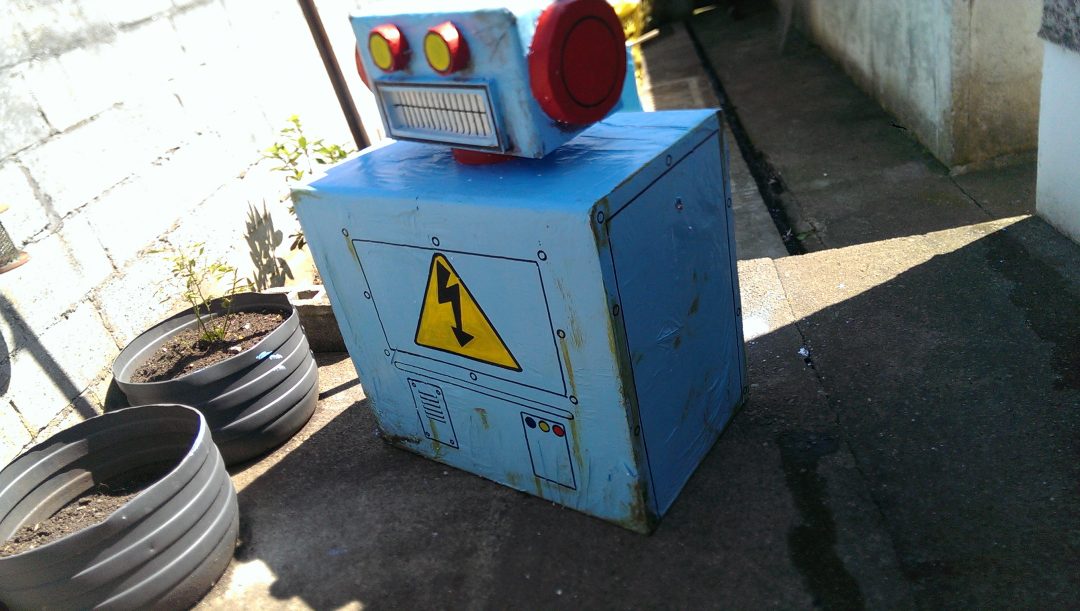 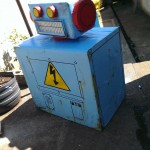 I am James Ward, I am a maker from Dublin. Since the Dublin Maker seems to have a lot of robotics featured I wanted to make something inspired by this. I looked at the old tin robot toys from the 1950s and decided to create a giant version of one to stand tall at the maker fair. I wanted it to catch the attention of kids and adults alike and so made him with very clear lines and bright colours.
The build took about a week. The first 3 days was purely spent on the construction, cutting and gluing together layers of polystyrene foam. I got the foam in the local builders suppliers and the glue used was PVA. I also used some expanding foam to help reinforce inner seems where the PVA was too week on its own. This acted almost like a weld with steel and i will be using this process again. After the polystyrene was all cut and mostly constructed i added a few layers of paper masche. This added more strength and was easily painted. After painting,  the final step was waterproofing with some layers of waterproof glue.
I take on private commissions, building props, sculptures big and small, molding and casting, model-making,  life casting and anything else you can think of! I also work with kids and teach workshops for both kids and adults. 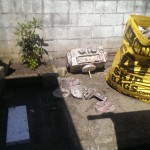 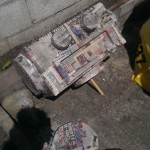 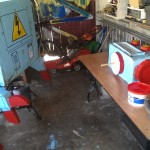