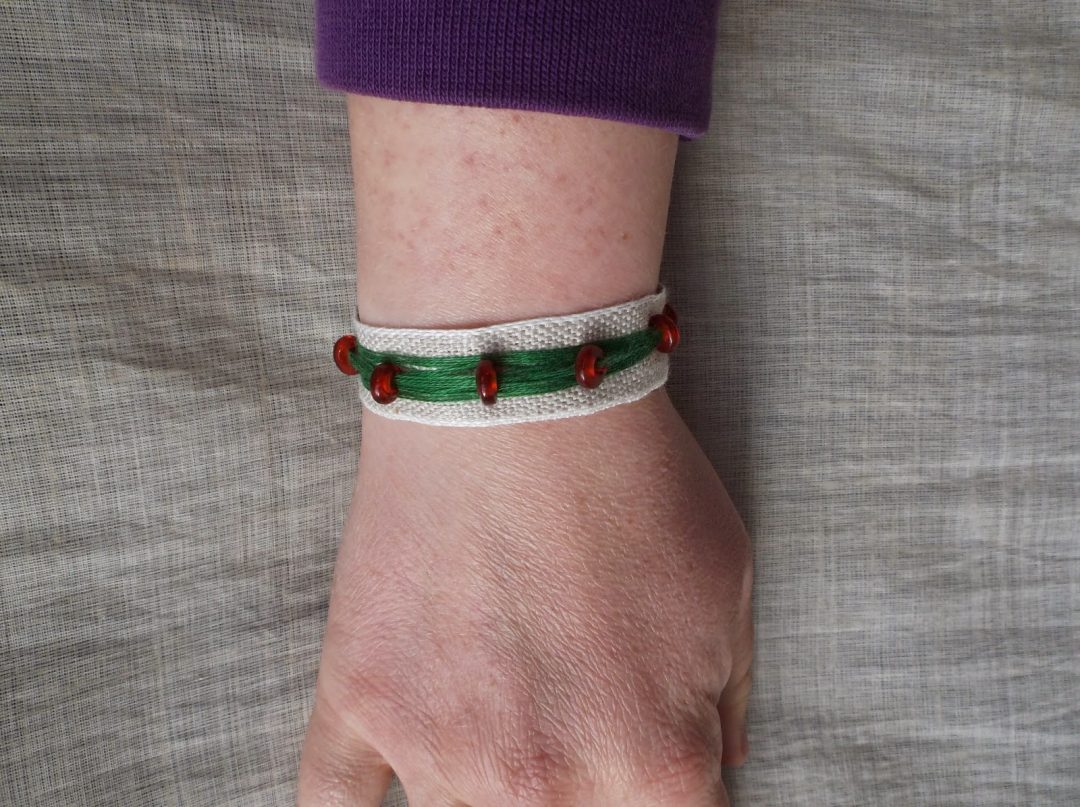 I’ll be presenting a demonstration of an old type of computer memory, called Core Rope Memory. It was used in the spacecraft that brought men to the moon. I began this project with zero electronics skills; in fact in the beginning I just wanted to make jewellery. It started with an article about Margaret Hamilton, the first software engineer (she invented the term “software engineering” to describe her work on the Apollo program).

This is her with a printout of the source code she wrote for the Apollo Guidance Computer.

When I saw this photo,I thought “I’d love to have some of that to wear”. This is Core Rope Memory, which was the read-only memory inside the Apollo spacecraft. Since memory encodes information, I knew I could make jewellery that contains a message inspired by Core Rope Memory.
I made a few prototypes of what that jewellery might look like. 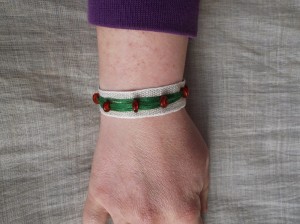 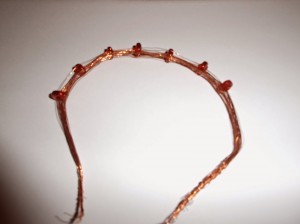 And then I started to think — wouldn’t it be cool if you could somehow plug a piece of this jewellery in, and read the contents of the memory?
That jewellery is still in development, but In my quest to create a readable piece of Core Rope Memory (which is now working, come and see it at my Dublin Maker Stall!) I’ve learned how to solder, how to program an Arduino, some things about integrated circuits, and so much more. You can see some of the development process on my blog: http://www.timui.org/p/core-rope-memory.html
The people at the Dublin Hackerspace TOG have been a huge help (especially Becky and Gary). If you have an idea of something to make and you’d like help, equipment, or just the company of other makers, I highly recommend checking out TOG.
On Saturday I’ll have a working demo of some Core Rope Memory, and some examples of the (non-readable) jewellery. I’ll be happy to explain the technology, and the process of developing the demo. Hope to see you there!
Here’s what the main demo for Dublin Maker looks like: 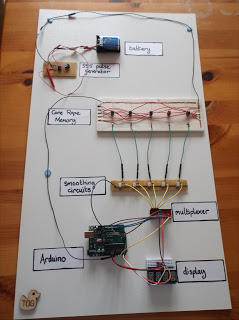