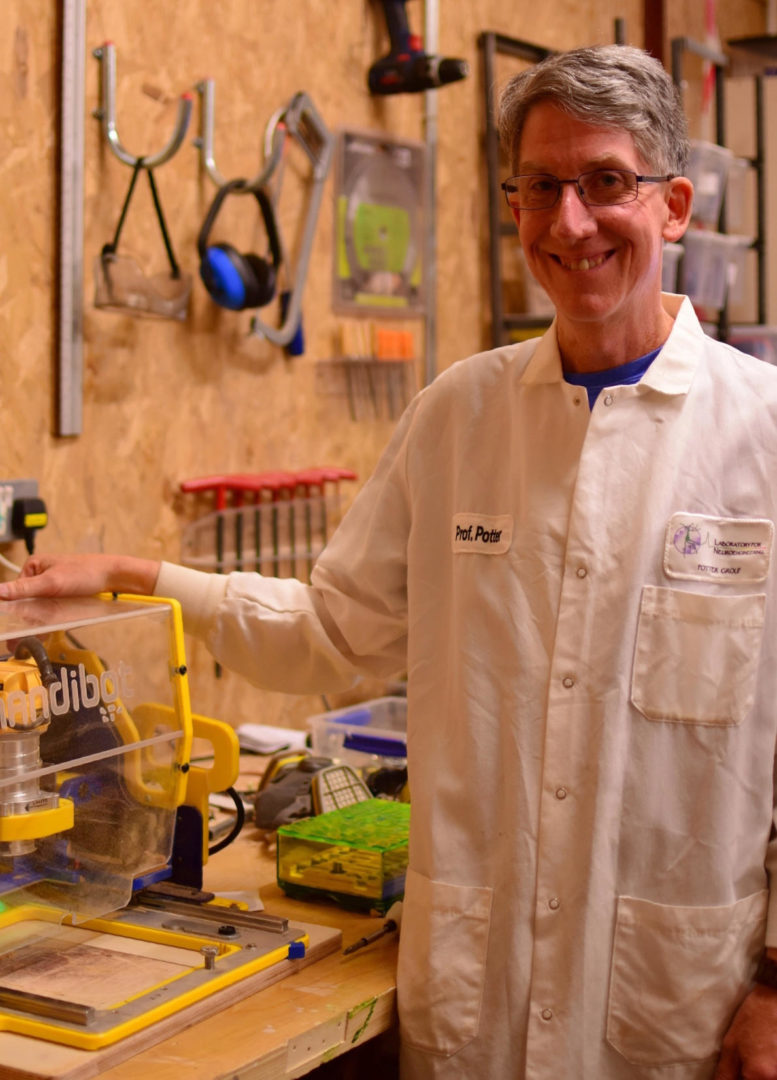 Steve Potter is a former professor of neuroengineering who went on a Maker Movement Sabbatical in 2015. After touring makerspaces in Ireland, Seattle and the San Francisco Bay Area, he decided to close his research lab at the Georgia Institute of Technology ( http://potterlab.gatech.edu ) and become a maker full-time. “I love making things with my hands, and realized that as a professor, I am stuck in my office writing grants while my grad students get to do all the fun stuff in the lab,” he says. He often combines programming, electronics and woodworking in his projects. You may have seen his wooden computer keyboard at the 2017 Dublin Maker. Or his dawn simulator, SunRisa, presented at the 2015 and 2017 Dublin Makers.  He uses a portable CNC robotic carving machine called the Handibot to create useful and beautiful designs out of wood and plastic.

He has been living in Ireland 3 years now (his wife is from Ireland) and teaches hands-on workshops to makers of all ages. They learn computer-aided design (CAD) and carving with the Handibot. Here are some photos of his workshop at TOG, the Dublin Hackerspace: https://www.tog.ie/gallery/nggallery/all/CNC-Workshop . When he is not making things, Prof. Potter also works as a lecturer, freelance writer and scientific consultant. For more information or bookings he can be reached at stevepwork at gmail.

Here is a video of Potter’s Handibot drawing with a Sharpie pen:

Here is a montage of things the Handibot can do, from its makers at Shopbot Tools: