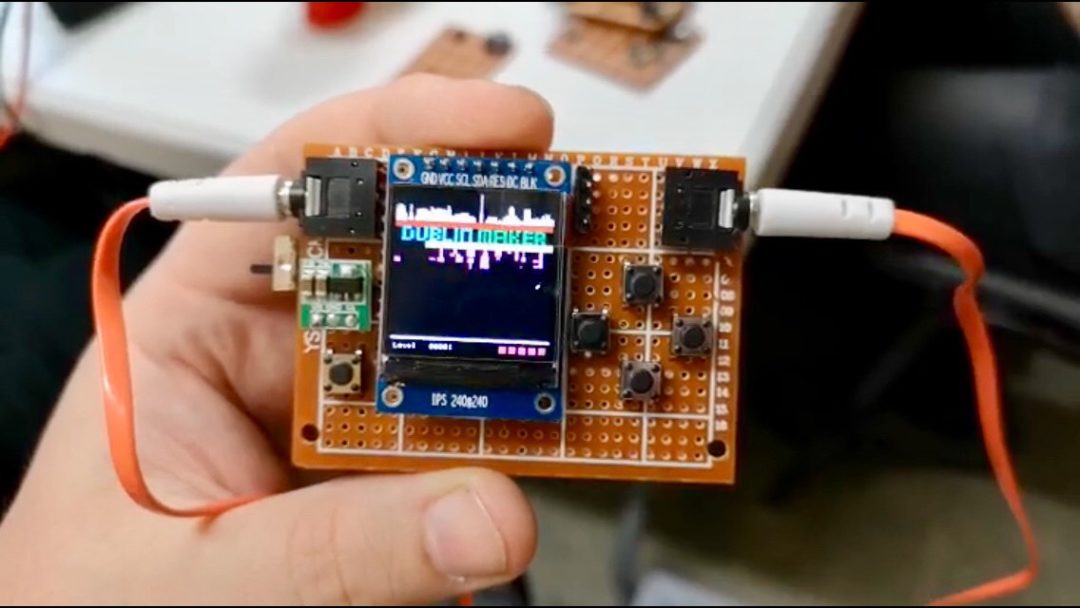 Many conferences these days now have electronic badges (e.g. https://hackaday.com/2018/10/17/the-supercon-badge-is-a-freakin-computer/ ) and this is just our attempt to create a low cost one for Dublin Maker. The badges consist of a micro-controller, display and buttons. As well as displaying the logo, the wearers will also be able to play individual and multiplayer games.

The first build of the unofficial €5 badge is more or less done. The image above shows a front view. Two 3.5mm audio sockets act as communications ports and allow a stereo audio cable be used as a lanyard. A game-pad style interface is provided for the bundled games. Also provided is a 4 pin header for uploading and debugging new firmware. The badge is powered off a 1.5V AA battery which is stepped up to 3.3V using a boost converter (just below the left audio socket).

I attempted a previous version of this by soldering all components in place but quickly realized that was so difficult that there would be few successful builds. I’ve since switched to a mixed wire-wrap and soldered build as shown below (I know it’s a bit rough :). This approach is much easier and errors are easily corrected.